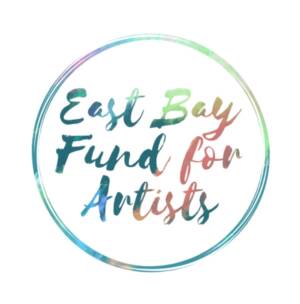 The East Bay Community Foundation announced today that it has received a $1 million grant from MacKenzie Scott and Dan Jewett to support the East Bay Fund for Artists, which provides funding to commission new works by artists in Alameda and Contra Costa counties.

On June 15 MacKenzie Scott announced a wide range of grants to 286 organizations, including those that support the arts. She wrote:

“This gift is a spectacular investment in artists at a critical moment,” said James Head, CEO of the East Bay Community Foundation. “The pandemic has made it extremely difficult, if not impossible, for many artists to practice their craft. This grant will allow us to make many more resources available to the arts community, which is at the leading edge of a movement working to help advance equity, transcend divisions, and reconnect us with our shared humanity.”

Among the many projects that the fund has supported, one notable example is the extraordinary mural “Women of the Black Panther Party” by a team of artists and activists in Oakland.

The East Bay Fund for Artists was created in 2003, and to date has provided more than $3 million to commission works by over 300 local artists. It was originally supported by a nationwide initiative of the Ford Foundation called “Leveraging Investments in Creativity.” The Fund is currently supported by the William and Flora Hewlett Foundation and the donors of East Bay Community Foundation.