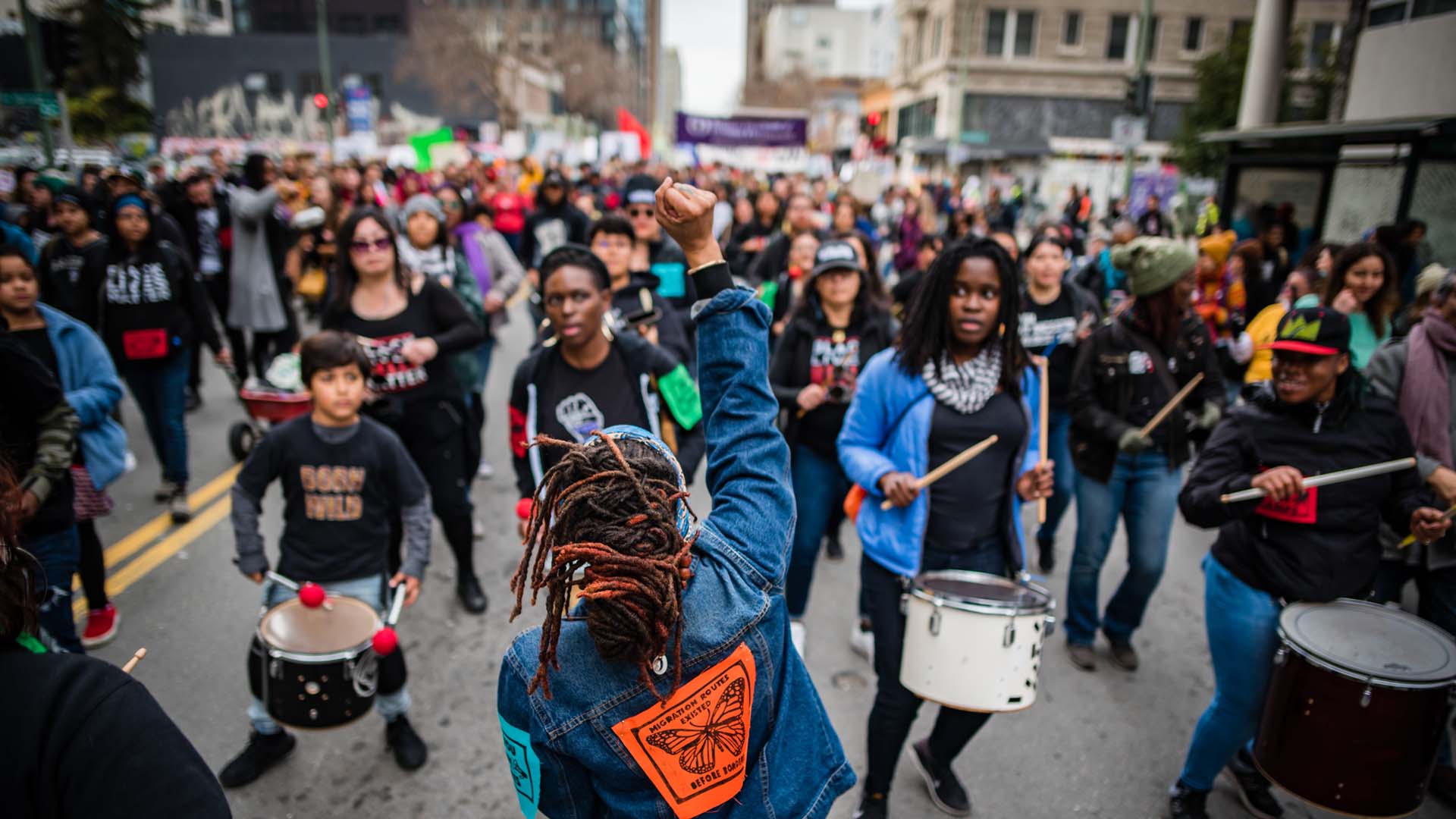 Building people power through community organizing and movement-building is a critical solution to the historical and current inequitable distribution of power and resources along lines of race and class, which results in the systemic injustices facing our communities here in the East Bay. We believe that social movements led by communities most impacted by injustice are the most effective drivers of

change, understanding that when we center justice and equity with communities that have been disproportionately impacted, all communities benefit. As a community foundation, we are especially committed to growing our capacity to resource BIPOC-led and serving power-building organizations through long-term trust-based partnerships.

Community organizing builds the people power and base necessary for effective movement for social change. The Community Organizing Fund supports grassroots organizations rooted in and led by directly impacted communities in the East Bay, who are effectively building collective power towards racial, economic, and social justice. Contributions to the fund will support  base-building organizations in addressing a range of critical issues including, but not limited to: immigrant rights, liberation from mass incarceration, housing justice and tenants rights, education equity, workers rights, and environmental and climate justice.

Movement Infrastructure organizations are leading the way in supporting the power-building ecosystem throughout the East Bay. The Movement Infrastructure Fund supports groups that lead coalition and networking space for and with base building organizations, and are able to bring together multiple constituencies towards aligned systems change campaigns. Contributions to the fund will go to organizations leading civic engagement, shared governance, and integrated voter engagement work in the region.

Funders have a responsibility to serve as movement-building and fundraising partners to core grantees partners through donor and funder organizing. We support and participate in multiple  funder and practitioner  spaces to expand investment in the East Bay’s power-building ecosystem.

Youth Power Fund (YPF): Launched in 2019, this fund is anchored by Northern California Grantmakers and Youth Organize California. The Youth Power Fund supports up to 30 organizations per year with general operating funding that is decided and driven by a youth participant grantmaking committee in collaboration with funder leaders. Given the limited representation of youth organizing power-building groups in our current core grantees list, supporting YPF is one of the key ways EBCF is making an impact on BIPOC-led youth organizing in the region. Participants: EBCF is one of 12 foundations supporting YPF including Chan Zuckerberg Initiative, The California Endowment, San Francisco Foundation, Crankstart Foundation, Gerbode Foundation, Heising-Simons Foundation, Walter and Elise Haas Fund, Silicon Valley Community Foundation, Zellerbach Family Foundation, Stupski Foundation, and S.H. Cowell Foundation.

Fund 4 an Inclusive California: A statewide collaborative of multiple funders throughout the region anchored by the Common Counsel Foundation. Referred to simply as “Fund 4 [for]”, this collaborative has been ongoing since 2019 and is one of the key collaborative funder spaces regarding housing and tenants’ rights. Fund 4 utilizes a community advisory board of grantee partners in key decision making, has a rapid response fund, and brings together grantee partners in the housing space annually. Several of our current core grantees are also grantees of this fund.

PIVOT (Powerful Innovations for Voter Organizing and Transformation): PIVOT is an initiative co-led and co-governed by California’s leading power-building organizations and funders. PIVOT seeks to strengthen California’s multiracial democracy around a transformative agenda that addresses structural racism by: 1) Increasing alignment and strategic relationships between organizers and funders; 2) Building medium to long-term power-building infrastructure; and 3) Growing resources for power-building organizations committed to multiracial organizing. 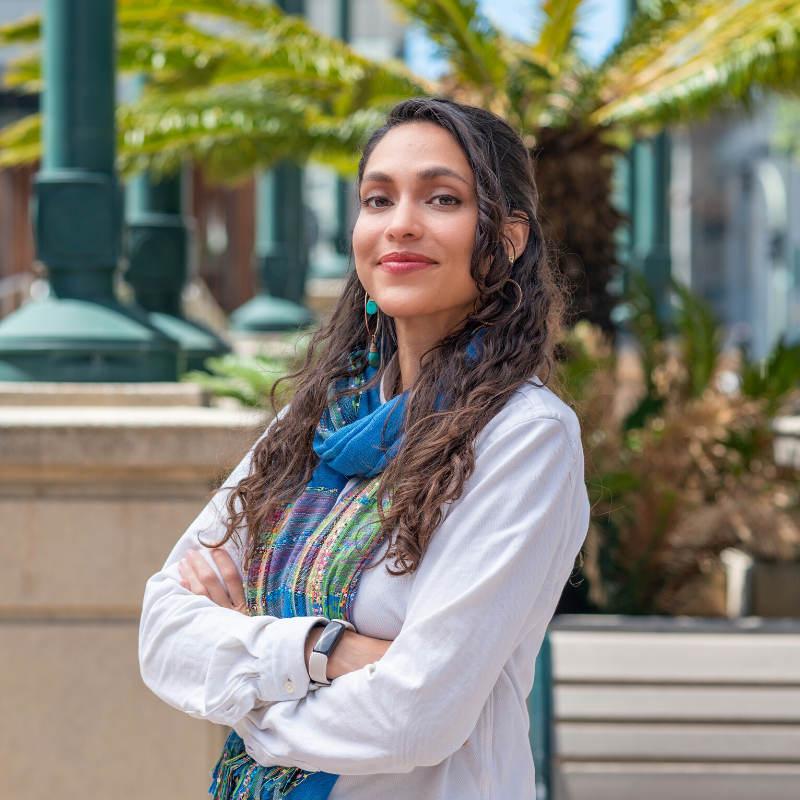 Hannah Garcia (she/her) is a Senior Program Officer and co-leads EBCF’s community organizing, power-building, and movement-building strategy and grantmaking with a focus on Contra Costa County. She brings over a decade of experience in community organizing, racial justice facilitation, and nonprofit program management and is passionate about community-led decision-making and equitable systems change. Hannah’s earlier work focused on organizing with Latinx communities around immigrant and tenant rights, affordable housing, and juvenile justice. Prior to joining EBCF, Hannah served as the Grants Program Manager and Equity Catalyst for Arts Council Santa Cruz County where she worked to shift grantmaking and decision-making power to organizations and artists in BIPOC communities working at the intersection of social justice and the arts.

Hannah received her Bachelor’s degree in Political Science and Chicano Studies from the University of Minnesota-Twin Cities. She lives in Point Richmond with her partner and outside of work, enjoys dance, time in nature, and engaging in mindfulness practices that support the sustainability of social justice work. 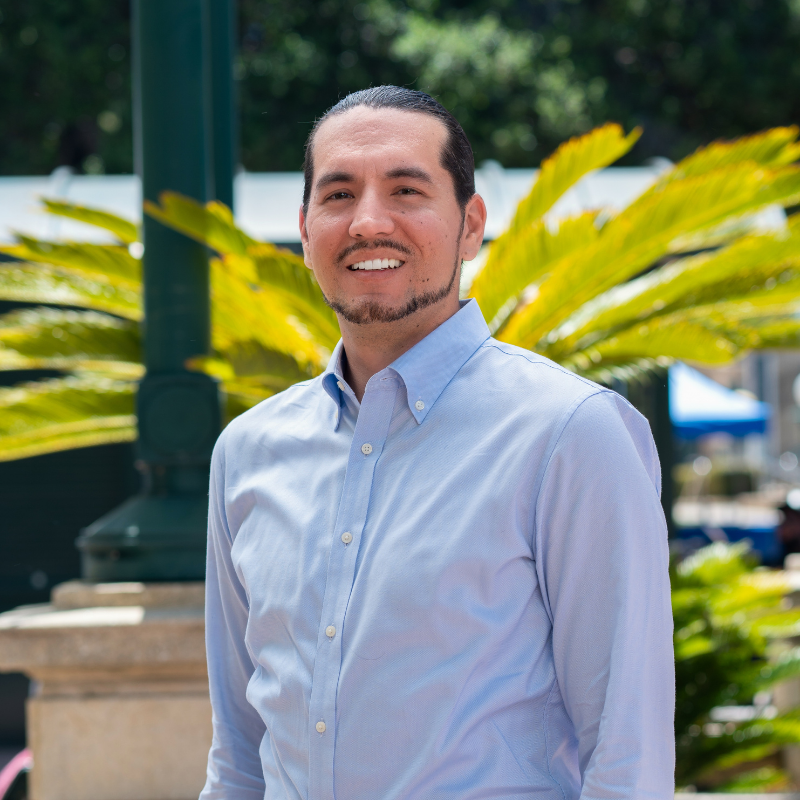 Born and raised in Oakland, Joshua Lee has been leading grassroots organizations in the Bay Area for over ten years. A focal point of Josh’s work has been with youth organizing groups in the east bay such as Youth Together and AYPAL: Building Asian Pacific Islander Community Power, centering the voices and leadership of some of the most powerful yet vulnerable populations in the region in BIPOC young people. Josh recently completed his role as a Multicultural Fellow at the San Francisco Foundation (SFF), where he led their Rapid Response Fund for Movement Building and COVID-19 Emergency Response Fund grantmaking. Prior to his role at SFF, he was the Director of AYPAL: Building API Community Power for 5 years. He has a MA from the University of Michigan in Higher Education with a focus on Social Justice, and a BA from UC Santa Cruz in American Studies. After being in the field for many years, harnessing his perspective as both grantee and funder, he is driven by a commitment to building collective strategies towards racial equity, led by those most impacted, towards a Just East Bay. 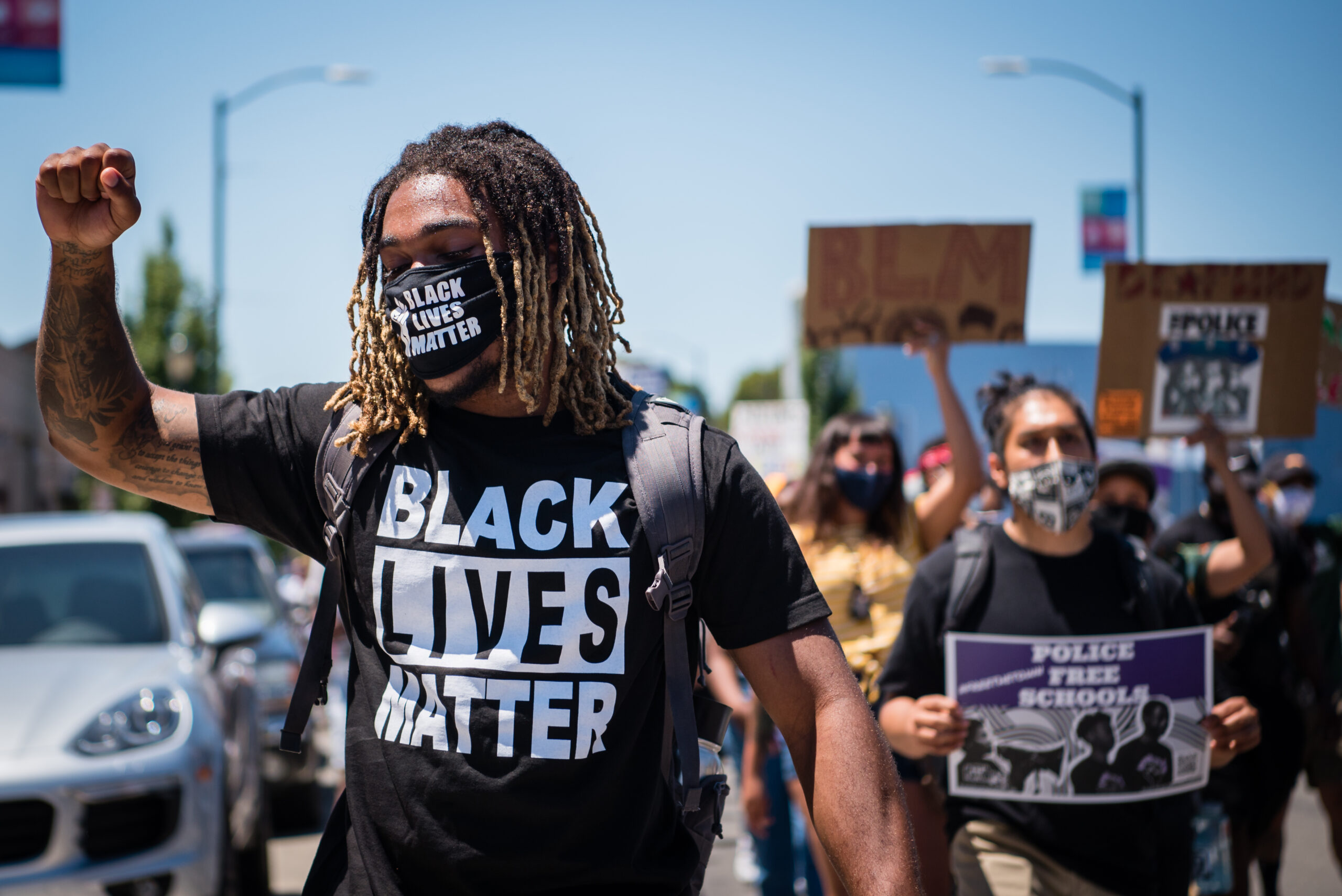 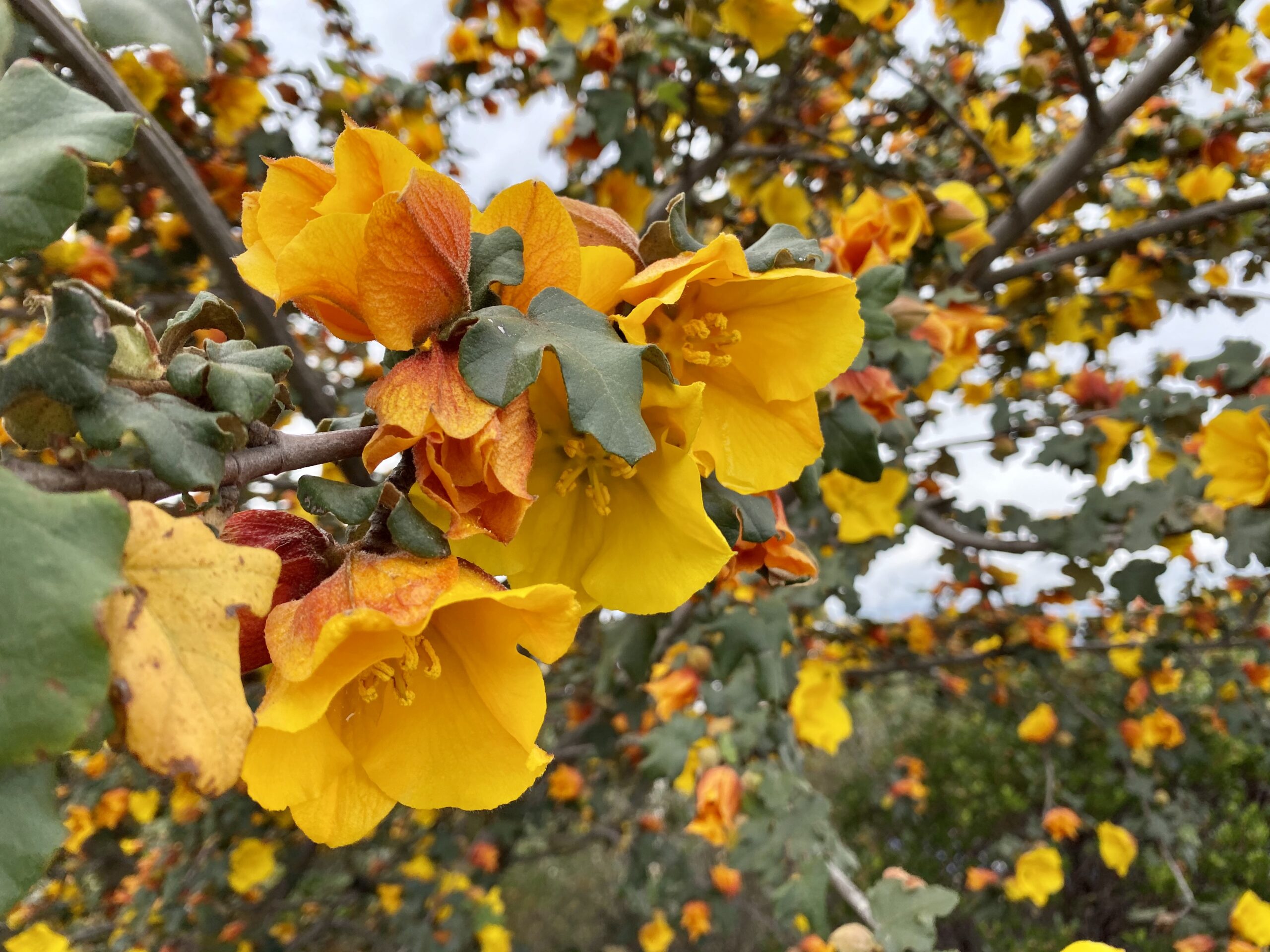 The Air is Cleaner On The Other Side of Town: Environmental Justice in the East Bay

Learn about Asian Pacific Environmental Network (APEN) and Communities for a Better Environment efforts to reduce air pollution in the East Bay. 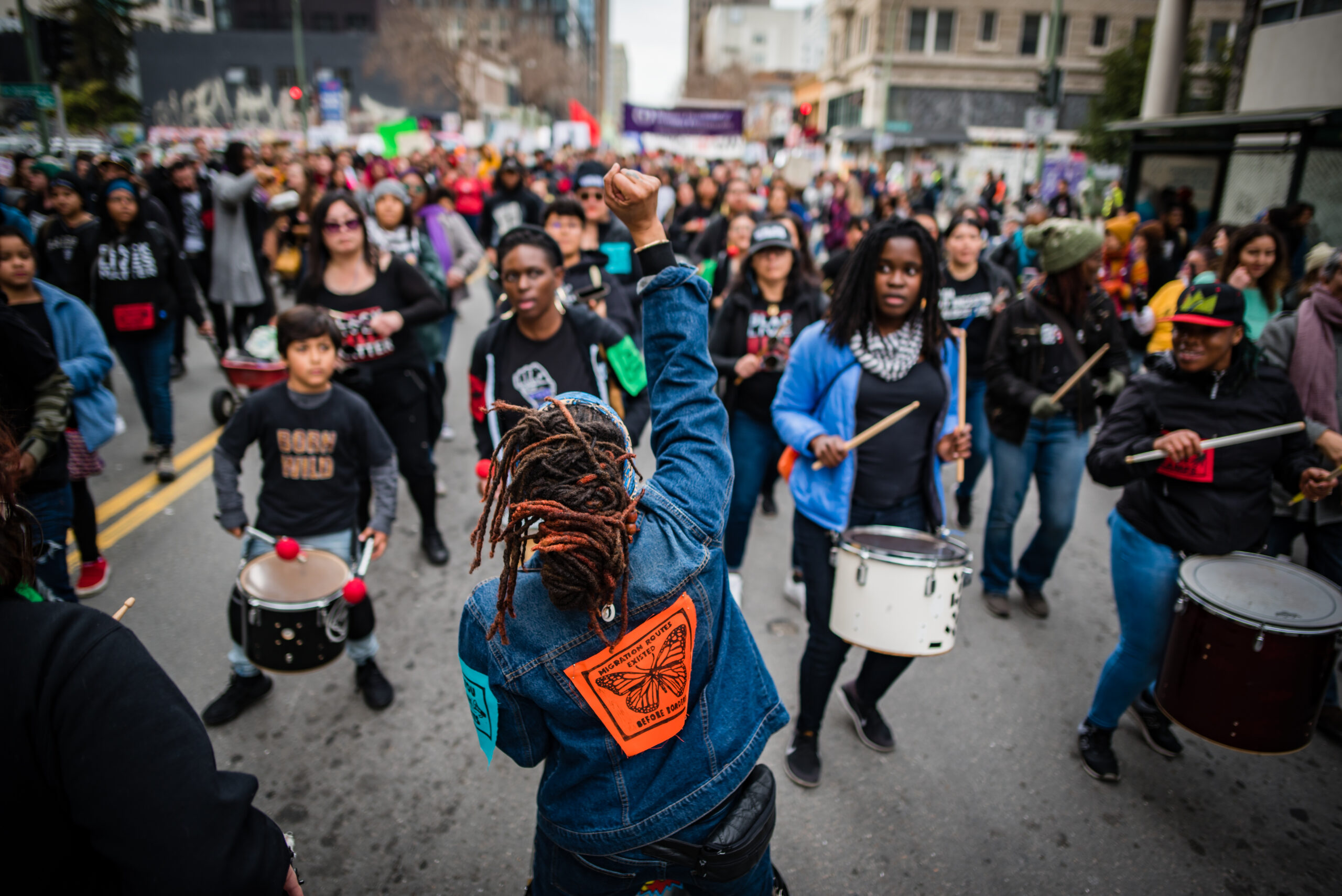 5 Reasons Why You Should Fund Community Organizing

Social movements led by communities most harmed by injustice are the most effective drivers of change. Learn how you can get involved.

Meet Our Team Become A Partner Subscribe Make A Donation