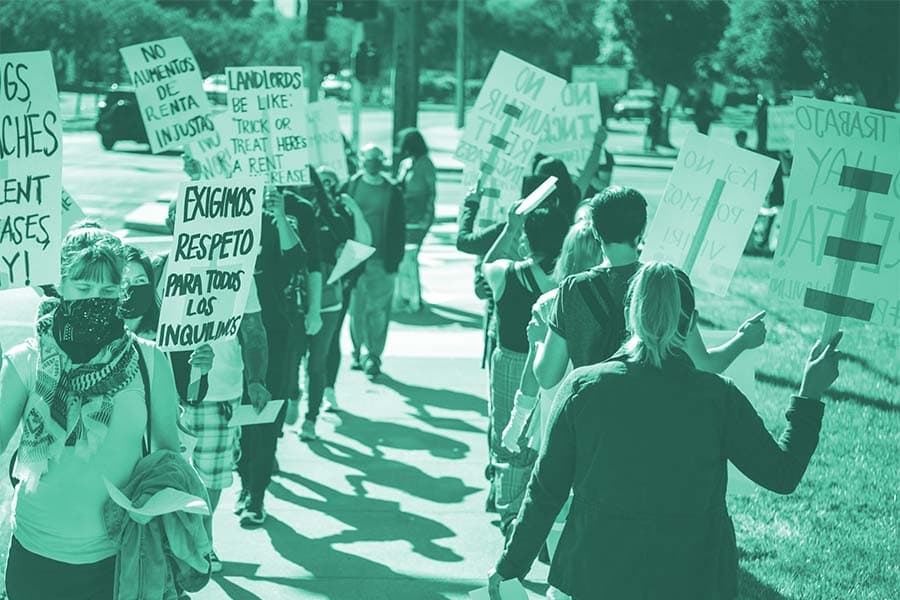 Juneteenth 2020 – In Conversation with the Black Organizing Project

With a vision to rebuild and transform the lives and spirits of those within the Black community, the Black Organizing Project (BOP), founded in 2009 by Jackie Byers, was created out of the need to provide safe Black spaces for Black people to address systemic racism within their communities.

In celebration of Juneteenth, EBCF had the pleasure of sitting down with BOP’s Development and Communications Manager, Jasmine Williams to discuss the murder of George Floyd by law enforcement and the community demands that followed. She also spoke about BOP’s significant work in the community to address the issue of the militarization of police within the Oakland Unified School District and black communities, and BOP’s George Floyd Resolution and call to eliminate school police.

Read the Full Interview Below

“I was introduced to BOP through an organizing class at San Francisco State University. I fell in love with the mission and the vision. After I graduated college, I began working for BOP, it has been about four and a half years. I really do appreciate that BOP is about leadership development, and from personal experience I was intentionally developed.”

“The Black Organizing project is a Black grassroots community organization that started in 2009 as a project. The initial project was an opportunity to focus specifically on Black issues and create spaces for Black people to address systemic racism and systemic issues that affect our daily lives. BOP’s Bettering Our School System (BOSS) campaign came from the community directly in 2011, [due to the fact that] a young man was murdered in school. Community-members were enraged to find out that Oakland Unified School District (OUSD) had its own police department.

For policy, we were successful in eliminating ‘willful defiance’ as a suspendable infraction. And through our work what we were finding was that a lot of youth were being suspended under this term called ‘willful defiance’ – an open-ended term that allowed teachers to determine what was defiant, and what students should be suspended for. This made for a lot of racialized suspensions, so implementing this change was a huge win.

Before BOP’s work within the community, police were in schools with no kind of oversight, and so we created a complaint policy so that students, parents, and teachers could submit complaints to monitor these interactions. For instance, In 2016, the black student population for OUSD was 26%, but was 73% of arrests.”

“Right now, this is an extremely exciting time, and it’s an extremely challenging time. When we started our BOSS campaign before even Black Lives Matter was prominent on the forefront, people were so unwilling to address Black issues in a public space. Fast forward to 2020 where we literally see the world on fire fighting on behalf of Black lives. It really is a monumental transformation. With the recent murder of George Floyd, although very unfortunate and a tragedy, has actually allowed the world to start making the connections. The momentum at this moment is really an opportunity for people to kind of unlearn some of what they believe to be true, and realize the connection between militarization in our communities and in our schools. If communities are over policed, having additional police in our schools has a traumatic impact on us.”

“Here in Oakland students could be greeted with housing police. Then those students walk through their neighborhoods that are policed on to AC Transit or the BART where they are confronted by transit officers. Arriving at by 9 a.m. they will have had another interaction with a school police officer. So really, this idea of always being policed sends a message to our youth. When you go to schools that are kind of devoid of things that actually feel like real support – after school programs, therapists and behavior specialists, and social workers – when you don’t have those things in schools, it does send the message that you are a criminal, and you need to be watched.

We are a multi-generational organization, and so we do understand that a lot of our direct campaign work is in the schools. However, when a student is suspended that impacts the whole family. Historically, Black parents are impacted by the school to prison pipeline. Oftentimes, parents are dealing with issues in their child’s school that they’ve dealt with as a youth. They’ve been pushed out, so it is definitely a cycle, and it’s very important to bring parents into the conversation when we’re crafting solution. We see these correlations that the heavy policing being introduced so early in school has a trajectory for folks having more police contact as adults. That’s why we really are advocating for Black sanctuary.”

“There are many layers to this issue of policing, there’s a role for everybody. In the beginning of our campaign we did not concentrate a lot on policy, as we were building this long-term movement and understanding of why police don’t belong in schools. This allowed us to then take on more reform work through the complaint process mentioned earlier.
Right now, I believe the district has about 57 officers and a part of our George Floyd Resolution, which would eliminate Oakland School Police Department (OSPD) and transform that into something like culture-keepers. Oakland has a security department that is under the jurisdiction of Oakland’s Chief-of-Police, which actually is contradictory to the idea that these officers could be peacekeepers and mentors. Our suggestion is that we create a community process where those officers don’t have uniforms, are unarmed, go through the correct training, and have oversight to actually deal with youth.”

“The institution of policing came from slave patrols, and there hasn’t been any significant reform regarding the institutionalization of that. To that regard, there has been a lot of narrative shift work in educating folks on what the foundation of policing is in the first place. Why do we see these institutions predominantly in Black and Brown communities? Why are Black and Brown folks treated differently by these officers? I think that history tells us that answer, and that the system of policing is doing exactly what it was designed to do. The fact that people in their mind can make excuses as to why these people should be in schools, speaks to the larger issue of not valuing Black lives and Black youth.”

“Black people have always shined a light on systemic racism even before social media, we have always found ways to tell our story. We have always found ways to kind of, what do they say, make the revolution irresistible through art and expression. I think that now with social media it’s another way to make the revolution irresistible for those that aren’t directly on the frontlines of the work. It has definitely made some concepts more digestible. Organizing, is not a glamorous job. You don’t always get to speak in front of crowds, and you don’t always get likes. There is danger with over-romanticizing what organizing is on social media. it’s important for people who are in the movement and doing work to be mindful of this tool and figure out how we could best advance the real work.”

“Ironically, Juneteenth is a celebration of freedom. I think the world is realizing we’re not free. Juneteenth happening in this moment, we have to remember there are a lot of paths that we must take together in order to get to our true freedom – we’re on that road though. It’s significant to know that we’re fired up in this moment, but our ancestors have been doing this for a long time. It wasn’t that long ago that we thought we were free, and we’re still dealing with not being able to be human without fearing for our lives. It’s important for those who might have sat on the sidelines or might have thought that this was over, really understand that there is a lot more at play than just one person that doesn’t like a Black person.”

“In honor of Juneteenth, as we continue to fight for freedom, we are asking folks to continue to keep the pressure on Oakland’s School Board. You could do so by calling, sending emails and letters, and texting your districts representation. We really just want the School Board to understand that there’s a whole community behind the call for police free schools here locally, statewide, and even nationally. “

“This is a really critical time for BOP, and we have officially introduced our George Floyd Resolution to eliminate OSPD and legislation around it. For 10-days we are leading actions while we are waiting for a vote on June 24th [from the OUSD School Board]. We are excited, and we hope we will be one of the first major cities in the country to eliminate an entire police department from our schools.”

“If you’re finding that you don’t know exactly what to do in this moment, there’s a lot of ways that you can help. Definitely educating yourself about the issue, and educating your community is extremely helpful. It’s hard to do all that we do in the fight, and to educate our people, and also educate supporters. It is also helpful for people to donate to grassroot organizations that are on the frontlines doing the actual work. A lot of these organizations are understaffed and overworked, and we are really trying to move monumental things and make history. A little goes a long way.”