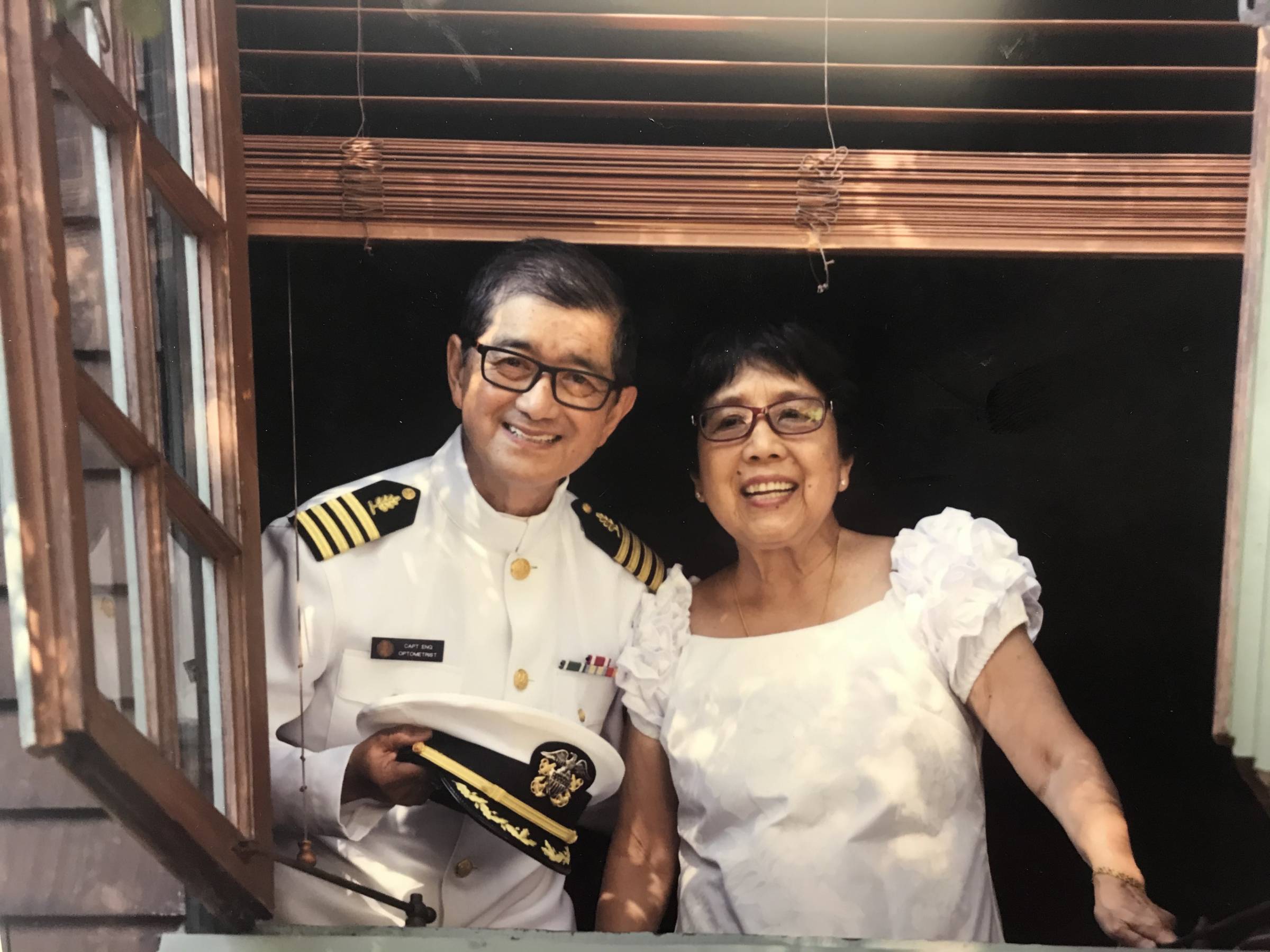 Weylin Eng and his family’s California story begins over a hundred and fifty years ago and spans six generations in California from the Gold Rush days.  His family’s experiences embody the early California Chinese American experience: from Gold Rush mining camps, to victims of anti-Chinese sentiment which fueled the Chinese Exclusion Act of 1882, as well as being impacted by the Great Earthquake and Fire that leveled San Francisco Chinatown in 1906. After the earthquake, his grandparents, along with his elderly great grandmother, took a ferry from San Francisco and settled in Oakland Chinatown and their family has been living in and serving the East Bay area ever since.

Born in Oakland Chinatown in 1911, Weylin’s father, Raymond, attended Oakland public schools and was involved in many civic and service organizations. He graduated from UC Berkeley in 1934, one of the few Chinese Americans in his class, and went on to become one of the first Chinese American optometrists in the area. He broke many barriers and defied many stereotypes leading  the first integrated boy scout troop in the country based in Oakland Chinatown and as the leader of an integrated big band in the 1930s.  In 1967, Raymond later became the first elected Asian American to serve on the Oakland City Council and Vice Mayor after three failed tries running for public office. Raymond would go on to serve four terms.  “He was one of a kind” Weylin reflects.

Weylin is extending that legacy in so many ways and has encouraged his family to follow suit as well. Weylin followed in his father’s footsteps, starting optometry practices in the East Bay. He also served as a Captain in the U.S. Navy.
Weylin is a firm believer in giving back to the community whenever possible. He and his wife, Roselyn, have lived in Orinda for 45 years and are enthusiastic civic leaders. He is an active member and Past President of the Orinda Rotary, and has participated as an Orinda Mason, Shriner, and Mounted Patrol. He is a strong supporter of UC Berkeley, where he served on the faculty of the optometry school, and is now working with UC Davis to develop innovative health therapies on the small farm he owns and runs in Winters, California (not far, incidentally, from the Gold Rush mining camps where his family once lived).

In the early 2000s Weylin opened his first fund at the East Bay Community Foundation so he could set up a fund in his father’s name. Since then, he has established funds to support his wife and his giving priorities. They also setup funds for their four adult daughters, who are all actively engaged in the East Bay community.

The Engs have long supported organizations in Oakland’s Chinatown, and regularly volunteer for Meals on Wheels and local food banks, among many other community-based activities. For them, it’s important to get to know the people working in the organizations they support.

They also regularly turn to the staff at EBCF to tap their expertise when considering their philanthropy strategy. “Partnership is the perfect word. I would not have been able to do nearly as much without the team at EBCF.” A few years ago, EBCF supported a family philanthropy retreat to help clarify their family’s giving goals. “It was helpful to have professional staff help us find time to reflect on our values and what we wanted to accomplish together as a family.”

In looking back at why he devotes so much time and effort to community service and philanthropy, Weylin strikes his typically modest tone. “My family had a lot to do with it, as did my church. As corny as it sounds, I’m just trying to follow the scout law – give back, help others. If a little bit rubs off, we’ll all benefit.”