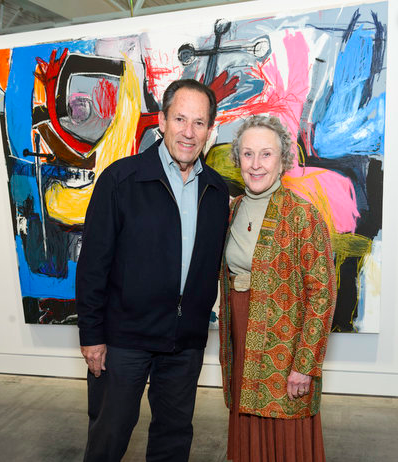 Married for 55 years, Jan and Howard first met after they’d both moved to the Bay Area for job opportunities – she from rural Ohio, he from New York City. “I came to California because I wanted to make big changes in the world,” Howard says. “At the time, I meant that with respect to technology. Now, the big changes I want to make are societal.”
Despite their very different upbringings, Jan and Howard quickly bonded over this shared ambition, and they began looking for a church affiliation that supported their common values. They found that home in the Unitarian Universalists Society, drawn in large part to its focus on social justice. Decades later, they remain actively involved in the Church, volunteering their time to make an impact at the ground level: cooking meals for those experiencing homelessness, participating in after-school and summer enrichment activities for children, and more.

“We’ve always been very focused on our community, even if that focus has shifted over time,” the couple explains. “When we were a young family, we were very involved with our kids’ schools and activities. As we got older and started looking beyond the family to our broader community, we volunteered more of our time to the Church and related organizations. And 20 years ago, once we were financially able to do so, we established our own family foundation.”
When the Oringers created the Omina Foundation in 2000, they worked with their children to methodically and strategically identify less ‘reported-on’ causes for which a small foundation could make an outsized impact. One of their original areas of focus was prisoner reentry.

Jan and Howard are encouraged by the progress they see thanks to the work of RGHR and the impactful organizations it supports, such as the A New Way of Life Reentry Project, the California Coalition of Women Prisoners, the Young Women’s Freedom Center, among others in justice reform movement. They point to RGHR’s leadership in prompting other donors and foundations to support criminal justice reform, as well as RGHR’s initiation of the California Criminal Justice Founders Group, which provides educational opportunities and resources on criminal justice reform and has stimulated additional funding in the space. The Oringers also applaud the California government’s willingness to start making important and necessary policy changes—like ensuring that time served doesn’t preclude an individual’s ability to find decent employment, or the redirection of funding earmarked for incarceration to mental health services.
But the fight isn’t even close to finished—and neither are Jan and Howard.

“The more time we spend on these issues, the deeper my personal commitment becomes,” Howard says.
Jan echoes his sentiment. “We still have way too many people in prison. And our society still doesn’t seem to understand that incarceration is not a solution for social problems like mental health or poverty. There is such an over-reliance on the criminal justice system as the answer, and it doesn’t work.”