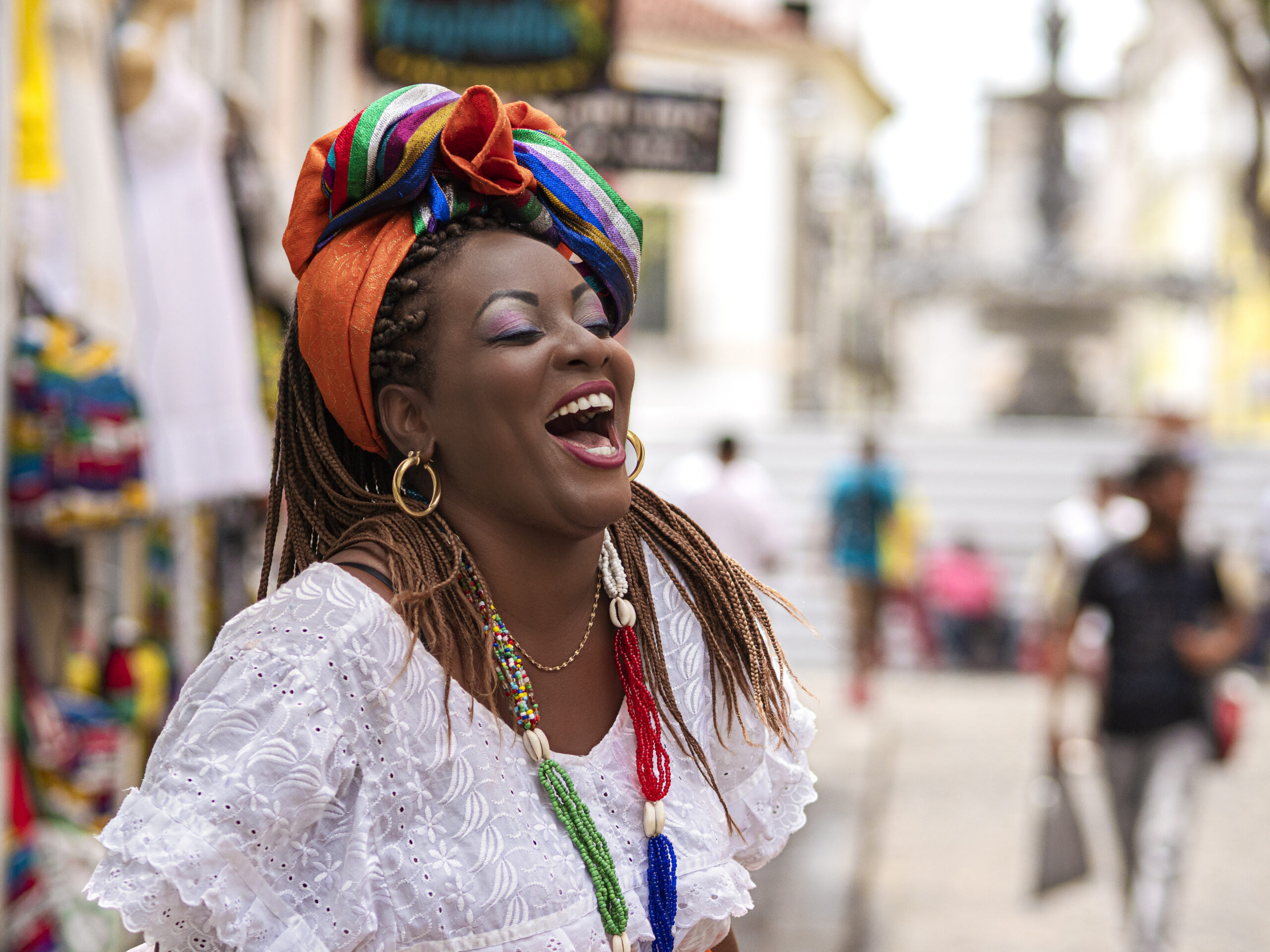 Latinx Heritage Month honors and celebrates the contributions and achievements of generations of people with Latin American ancestry. From the labor rights movement to immigrant rights reform, members of the Latinx diaspora have shaped the United States into the country it is today.

The celebration evolved from Hispanic Heritage Week, a celebration that started in 1968 under President Lyndon Johnson. In 1988, President Ronald Reagan expanded the celebration to cover 30 days beginning on September 15 and ending on October 15. The month begins on September 15 in recognition of the date when five Latin American countries—Costa Rica, El Salvador, Guatemala, Honduras, and Nicaragua—earned their independence from Spain in 1821.

Before you jump into the must-read book list compiled by our staff, it is important to note that the Latinx community is not monolithic. While people from Latin American ancestry share the wounds of European colonization, the diversity and complexity that make up the colorful fabric of the Latinx diaspora are often understated.

Latin America consists of Mexico, Central America, South America, and the islands of the Caribbean whose citizens speak a romance language. In total, there are 33 countries, each with its own history, customs, and traditions. But not all Latin American community members living in the U.S. are immigrants or decedents of immigrants: Some Indigenous communities living in regions colonized by the Spanish that eventually became part of the U.S. identify as Latin American.

Most countries in Latin America speak Spanish, but Portuguese or French are the primary languages in Brazil, Guyana, Suriname, French Guiana, and Haiti.  This and the fact that the word Hispanic was historically used to describe people from Spanish-speaking countries—including Spain—are the main reasons why the term Hispanic can be problematic when describing the community as a group. The term Hispanic was first introduced in the United States by Latinx activists that demanded the federal government count people with Latin American ancestry in the U.S. Census. Before 1970, the U.S. Census only had three categories for race and ethnicity: white, Black, and other. Latinx activists knew that they needed data on their communities to expand their movement building and policy changes.

As part of the decolonization movement, new terms have emerged in the last two decades to describe people with Latin American ancestries. Other than Hispanic, you probably heard other pan-ethnic terms such as Latino, Latinx, and most recently Latine. The term Latino emerged in the 2000s and is short for Latinoamericano (Latin-American). In contrast to Hispanic, the term Latino was an effort to deviate from colonial ties and acknowledge the African and Indigenous identities within the community—identities that often lack representation.

However, when using the term Latino or Latinos, there is the issue of using binary language and androcentrism to describe a group of people. Spanish, like other romance languages, uses a masculine and feminine nouns classification. For example, in Spanish, the letters “o” and “a” indicate male and female, respectively. Hence, Latino or Latina and Latinos when referring to a group. This terminology lacks inclusivity and support for the Latin American LGBTQ+ community, this is where the terms Latinx and Latine come into the picture.

The term Latinx—added to the Merriam-Webster dictionary in 2018—was first introduced in the United States by non-binary people with Latin American ancestry. While the term has become popular in the past few years due to its inclusivity, it has also received much criticism from native Spanish speakers, scholars, and Latin American people who do not live in the United States—primarily because Latinx is grammatically incorrect in Spanish. In contrast, the term Latine is grammatically correct and works with conjugation in Spanish. This term was introduced across Latin American countries by Spanish native speakers from the LGBTQ+ and feminist communities and it continues to gain popularity among younger generations who aim to deviate from mindsets of machismo and colonialism.

Now we invite you to look at our 10 must-read books by Latinx authors, pick a book, and learn more about Latinx heritage this month and every month.

In 1965, 15-year-old Ana Cancion is swept away from her home in the Dominican Republic to marry Juan Ruiz, a man twice her age who lives in New York City. Ana must go with him to America in order to help her family get green cards, but she finds life in the United States lonely. She does not speak English, her much-older husband abuses her and forbids her to leave their small Washington Heights apartment, and since she cannot venture out of her home, she cannot make friends. That all changes when the Dominican Republic slides into political turmoil, and Juan returns there to protect his family’s money and land, leaving his kind and free-spirited younger brother, Cesar, to look after his wife.

Yuyi Morales tells her own immigration story in this picture-book tribute to the transformative power of hope and reading. In 1994, Yuyi Morales left her home in Xalapa, Mexico and came to the United States with her infant son. She left behind nearly everything she owned, but she did not come empty-handed. She brought her strength, her work, her passion, her hopes and dreams, and her stories.

Esperanza thought she would always live with her family on their ranch in Mexico, she would always have fancy dresses, a beautiful home, and servants. But a sudden tragedy forces Esperanza and Mama to flee to California during the Great Depression and settle in a camp for Mexican farm workers. Esperanza is not ready for the hard labor, financial struggles, or lack of acceptance she now faces. When their new life is threatened, Esperanza must find a way to rise above her difficult circumstances. Mama’s life, and her own, depend on it.

#4 FINDING LATINX: IN SEARCH OF THE VOICES REDEFINING LATINO IDENTITY BY PAOLA RAMOS

In this nonfiction travelogue, activist and journalist Paola Ramos travels across the United States interviewing young people who are defining what it is to be Latinx. She introduces readers to the growing population of Latinx, who are increasingly influencing society and politics. She speaks to Afro-Latinx, trans-Latinx, Cuban-Americans, and more. With Latinx people making up the youngest demographic in the country, many rapidly coming of age to vote, and the growth of online activism, Ramos hopes to shed light on the growing power and the many diverse identities within the Latinx community.

#5 IN THE TIME OF THE BUTTERFLIES BY JULIA ALVAREZ

From the author of How the Garcia Girls Lost Their Accents comes this tale of courage and sisterhood set in the Dominican Republic during the rise of the Trujillo dictatorship. A skillful blend of fact and fiction, In the Time of the Butterflies is inspired by the true story of the three Mirabal sisters who, in 1960, were murdered for their part in an underground plot to overthrow the government. Alvarez breathes life into these historical figures known as “las mariposas,” or “the butterflies,” as she imagines their teenage years, their gradual involvement with the revolution, and their terror as their dissentience is uncovered.

One of the first undocumented immigrants to graduate from Harvard reveals the hidden lives of her fellow undocumented Americans in this deeply personal and groundbreaking portrait of a nation. Writer Karla Cornejo Villavicencio was on Deferred Action for Childhood Arrivals (DACA) when she decided to write about being undocumented for the first time using her own name. It was right after the election of 2016 when she realized the story she had tried to steer clear of was the only one she wanted to tell.

How did Puerto Ricans, Mexicans, and Cubans become known as “Hispanics” and “Latinos” in the United States? How did several distinct cultures and nationalities become portrayed as one? Cristina Mora answers both these questions and details the scope of this phenomenon in Making Hispanics. She uses an organizational lens and traces how activists, bureaucrats, and media executives in the 1970s and ’80s created a new identity category—and by doing so, permanently changed the racial and political landscape of the nation.

This novel tells the epic story of Violeta del Valle, a woman whose life spans one hundred years and bears witness to the greatest upheavals of the twentieth century. Violeta tells her story in the form of a letter to someone she loves above all others, recounting devastating heartbreak and passionate affairs, times of both poverty and wealth, terrible loss, and immense joy. Her life will be shaped by some of the most important events of history: the fight for women’s rights, the rise and fall of tyrants, and, ultimately, not one but two pandemics.

#9 WE CARRY OUR HOMES WITH US: A CUBAN AMERICAN MEMOIR BY MARISELLA VEIGA

On December 30, 1960, Marisella Veiga with her mother and two brothers boarded a plane from Havana to Miami. Her father fled a few months later, joining his family with a total of fourteen U.S. cents in his pocket and an understanding that he would never see his homeland again. Seeking a less competitive job market and thanks largely to the sponsorship of a host family in St. Paul, the Veigas resettled in Minnesota, miles away from the Caribbean subtropics, where the climate was similar to home, Spanish was spoken, and thousands of exiles arrived each month. In this honest memoir, readers will find a resonant story of an exile’s journey, one that ultimately embraces those two worlds: a life of conflict and limbo but also one of richness and understanding.

#10 WHEN I WAS PUERTO RICAN BY ESMERALDA SANTIAGO

Esmeralda Santiago’s story begins in rural Puerto Rico, where her childhood was full of both tenderness and domestic strife, tropical sounds and sights as well as poverty. As she enters school we see the clash, both hilarious and fierce, of Puerto Rican and Yankee culture. When her mother takes off to New York with her seven—soon to be eleven children—Esmeralda, the oldest, must learn new rules, a new language, and eventually take on a new identity. In this first volume of her much-praised, bestselling trilogy, Santiago brilliantly recreates the landscape and tumultuous family life of her earliest years and her journey from the barrio to Brooklyn.

EBCF staff members compiled and curated the 10 must-read Latinx books list. As philanthropists, we must learn more about these untold stories to enhance our efforts toward an inclusive, fair, and just East Bay.