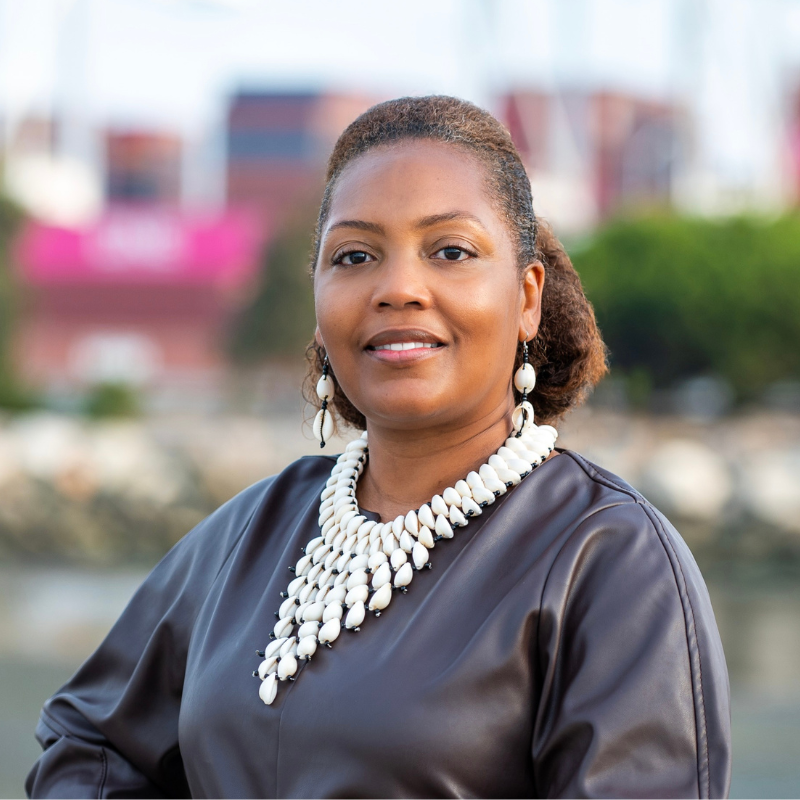 Brandi Howard is the president and CEO of East Bay Community Foundation (EBCF), one of the oldest community foundations in the country. Named the “boldest community foundation” in 2019 by Inside Philanthropy, EBCF is known for its work advancing inclusion, fairness, and racial justice in Alameda and Contra Costa counties. Howard is a collaborative and compassionate leader who brings deep experience as an equity and justice strategist rooted in community to the Foundation’s vision and framework for A Just East Bay.

Before EBCF, Howard led strategic planning and the development of the equity learning infrastructure as chief of staff and interim vice president of programs at San Francisco Foundation. Her leadership was critical in advancing the equity-centered grantmaking policy and systems change in the region. When she began there, she worked with the The Daniel E. Koshland Civic Unity Program, a community leadership program that works with grassroots risk-takers and makes a five-year investment in their community. Prior to that, Howard worked for the New York City Department of Health and Mental Hygiene where she oversaw two city-wide initiatives to reduce infant mortality and chronic disease and led the development of a division-wide framework to streamline implementation, staffing, and quality improvement processes for Neighborhood Health Action Centers.

Howard is a third-generation Oaklander who grew up in multicultural communities throughout the city, in a family with a heritage of Pan-Africanism and a global worldview. Conscious of the complexities of race, racism, and racial injustice, Howard began her career recognizing the linkage of all oppressions in the shared fight for liberation. She was drawn to advocacy and health equity work during her nineteen years as a doula working with Black and Latinx women. Decades-stagnant health outcomes for Black and Latinx mothers led her to speak out for systems change and her career shifted. As maternal child health subcommittee chair for the Alameda County Public Health Commission, she served as a liaison between public and nonprofit agencies, community members and the county board of supervisors to provide recommendations to support optimal maternal and child health in Alameda County. Howard also worked for First 5 Alameda County, and has advised a number of nonprofit organizations on strategy, sustainability, and equity as a consultant.

Howard is a member of Chief, a network of senior women leaders built to strengthen their leadership journey, cross-pollinate ideas across industries, and affect change from the top-down. Howard is a lecturer for equity in practice at the School of Social Welfare at the University of California, Berkeley, where she is also an advisory committee member. Howard is principal consultant at Beyond the Curve, a consulting firm providing organizational development, business strategy, and talent and crisis management.

Howard started her career transition journey at Merritt College after ten years in the workforce as a mother of three children. She transferred to the University of California, Berkeley where she earned a Bachelor of Arts in African American Studies and a Master of Social Work. Now a mother of four, Howard is constantly inspired by her children’s creativity and relentless energy. Her children are her motivation to advance racial equity, and transform political, social, and economic outcomes for all who call the East Bay home.