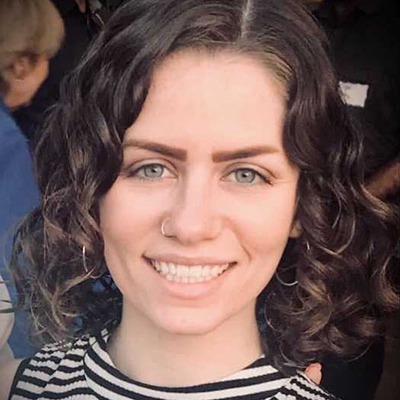 Ellie Young joined the East Bay Community Foundation as the Development Associate. She is originally from Irvine, California and moved to the Bay Area in 2020. Ellie graduated from the University of Vermont where she majored in both History and Political Science, and minored in Religion. Her specialties included European History, the American Political System, and Religions in Asia. At UVM Ellie worked for the Department of Residential Life as a Resident Advisor.

After graduation, Ellie moved back to Orange County where she briefly worked in education before beginning her career in politics. She got started managing the field and volunteer operations for campaigns as a staffer. Ellie then began working for candidates as a fundraising consultant. In that role she acted as the call time manager, planned dozens of fundraisers, and implemented small dollar and grassroots fundraising campaigns. Throughout her career in politics, Ellie worked on campaigns for Parks Board, School Board, Community College Board, City Council, County Supervisor, Superior Court Judge, and State Senate.

Ellie enjoys reading, listening to podcasts, patronizing her local Indian restaurant, game nights, and going to and performing in theater productions. She lives in San Jose with her partner and their adorable cat, Rue.